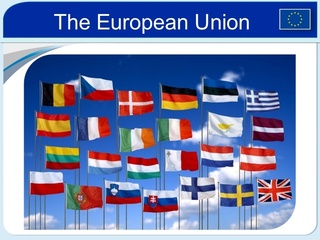 Breakin' Up Is Hard to Do

Immigrant Foods
With this post, we start an occasional series on some of the myriad ways that New England foods are connected to the region's broader culture and its place in the world. In the past few days, the headlines have been dominated by the startling news that the people of the United Kingdom have voted to leave the European Union. There has been, and will continue to be, as there must, much discussion of the many still largely unknown implications and consequences of this decision.From a historical point of view, though, the Brexit vote is but the most recent of many British assertions of its identity as separate from that of the Continental nations, especially France. Examples from culinary history are not hard to find. Joseph Addison, the great essayist of the first years of the eighteenth century, wrote suspiciously about "the French cookery" that was becoming fashionable in his day. As far as he could tell, such foreign food consisted mostly of dishes that were vaguely unmanly—"Delicacies" and "Dainties." Far better that people should fortify themselves with such a "substantial English dish" as a "noble Sirloin."

Like some in prominent positions today, Addison was a member in good standing of the educated, cultivated upper classes who was not above catering to, and stirring up, popular prejudices against foreigners. Nor was it only in England that games like this were played. More than a century before this, according to historian Carolin Young, propagandists for the new French king Henri IV portrayed the Italianate court of Henri's predecessor as filled with "unnaturally powdered hermaphrodites, who awkwardly ate artichokes, asparagus and peas with little pronged forks." Henri, on the other hand, was presented as "a rugged, garlic-smelling king on horseback who . . . stood for 'a chicken in every pot, every Sunday."

Nationalism and virility versus foreignness and foppery. Yet these attempts to build rhetorical walls against outside influence were all doomed to failure. The future of French cuisine lay not with rough-and-ready boiled chicken but rather with complex, subtle mixtures, filled with the artichokes, asparagus, and peas brought to France by Italian courtiers and prepared with the slow simmering and other techniques learned by French from Italian chefs. These Italian-derived dishes not only became part of French cooking. They came to define it.

The relationship between English cooking and French cooking was similar to that between French cooking and Italian cooking. English cooking has been influenced and permeated in the most basic ways by its proximity to France. The most popular English cooking apple, the pippin, was brought to England from France in the sixteenth century. In the preface to the most popular English cookbook of the eighteenth century, The Art of Cookery Made Plain and Easy (1747), the author, Hannah Glasse, complains about "French cooks" and their "French tricks." "So much is the blind Folly of this Age," Glasse continues, "that [Gentlemen] would rather be impos'd on by a French booby, than give Encouragement to a good English Cook." Having said this, what does Glasse do? She turns around and fills her best-selling cookbook with dishes that are, in their origin and essential nature, utterly French.

This same pattern of claiming to resist and reject foreign influences while actually accepting and welcoming them is also to be found in New England. The first cookbook written by an American author, Amelia Simmons, and published by an American publisher, Hudson & Goodwin of Hartford, Connecticut, came out in 1796. It proclaimed itself in its title to be a book of American Cookery. Yet most of its recipes are either copied or adapted from English recipes. And some of these English recipes are themselves adapted from French recipes. So it was with all the New England cookbooks of the nineteenth century. Much of their contents were derived from the English tradition, including the large French influence on the English tradition.

Even before American independence, this sort of thing was going on. New England's religious leaders frowned upon the traditional English Christmas and severely restricted its observance in the region. They thought it was a relic of "popery," if not of paganism. Yet in the eighteenth century, as New England developed its alternative to Christmas, Thanksgiving, where did it look for the menu for its distinctive holiday dinner? To the English Christmas. Roast turkey, roast goose, roast mutton, plum pudding, plum cake, mince pie. It was basically the English Christmas dinner renamed the New England Thanksgiving dinner.

These fertilizations of one culture, one people by another culture, another people are a large part of what makes the world go around, what makes life interesting and stimulating. One might have hoped that by the second decade of the twenty-first century, this would have become a platitude rather than something that needed to be asserted and defended. But if you do find yourself needing to defend a cosmopolitan outlook, remember those artichokes, asparagus, and peas that long ago Italian courtiers brought to France, those French recipes that appeared in British cookbooks in the eighteenth century, and those British recipes that made up the bulk of the dishes in American Cookery.

Echoing Iraj.. Be respectful of your neighbors as well as yourselves. A companionable meal involves sharing with others rather than shutting them out.