Things to Know about American Cookery by Amelia Simmons: #17 and #18 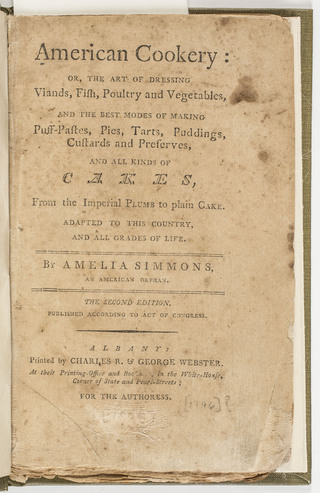 17
A few years after he published the second edition of American Cookery, the Albany printer Charles R. Webster received a letter from President John Adams thanking him for his patriotism. Webster was a captain in Albany’s Independent Artillery Company, and when it seemed that war with France was about to break out, he volunteered the Company’s services to the President.

These intimate details about life in the young republic—a printer’s social position and political allegiances, prices of books—paint a picture of early American society we don’t often see. How do such portraits of ordinary American life help us understand American Cookery by Amelia Simmons? Find out in our just released book from University of Massachusetts Press, United Tastes: The Making of the First American Cookbook.