A Very Good Breade Made of Indian Corne 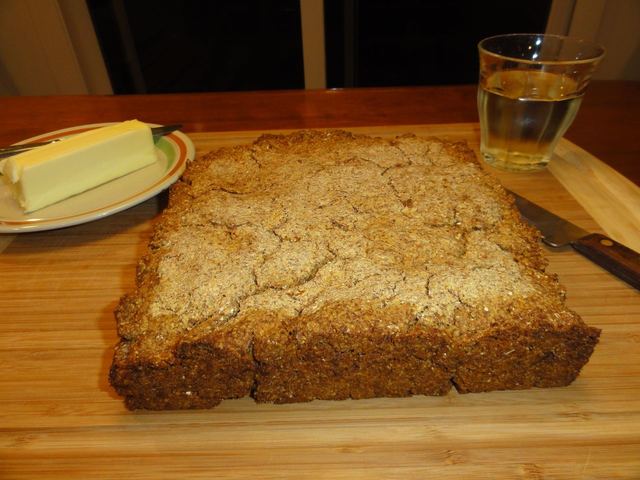 In our last post, Growing Grains and Ingrained Ideas in Colonial New England, we stressed that New England's first English settlers were embarrassed by their dependence for survival on the principal cereal grain of the region's Indigenous people. Sending word back to England about how successful their settlements were, they adopted diverse, even conflicting, strategies in talking about the grain they called "Indian Corne" or simply "Indian." (See the last post for an explanation of these and other corn-related terms and how we're using them.) Edward Johnson, in his 1654 book Wonder-Working Providence, admitted that at first the colonists had been forced to get along on "Indian Bread and water." But now, a quarter century in, they had reached a point where "good white and wheaten bread is no dainty," implying (untruthfully, in fact) that they were no longer eating Indian Bread.

Just a few years later, however, in 1662, John Winthrop, Jr., the son of the first governor of the Massachusetts Bay Colony and himself an early governor of the Connecticut Colony, approached the subject quite differently. In an essay on "Indian Corne" he wrote for the newly-established Royal Society for Improving Natural Knowledge, he started out by calling Indian corn a "Beautifull noble Eare," then described in detail the foods that the Native people made with it. Winthrop went on to speak in glowing terms about the various types of "very good Breade" the English were by this time making with it. Among these was one made "by mixing half, or a third parte, more or less of Ry, or Wheate-Meale, or Flower amongst [the Indian Corne], and then they make it up into Loaves, adding Leaven or yeast to make it Rise."

This is one of the earliest recipes for what became the daily bread of colonial New England. It was known far and wide as Rye and Indian, though usually shortened to Ryaninjun. At a time when many people back in England remained skeptical about the English settlements in the region, calling Ryaninjun and the other Indian corn breads "very good" was Winthrop's way—in contrast to that of Edward Johnson—of helping to put a positive spin on everything about New England, even its reliance on Indian corn.

Later writers who used corn and the foods made with it to promote the unique virtues of New England excised Winthrop's acknowledgement of corn's Native origins. They created legends about corn's "Yankee" identity, appropriating it as their people's own, just as the English ancestors of the Yankees had appropriated the Native lands upon which they grew it.

A landmark in this process of cultural appropriation of corn as a "Yankee" food was the popular epic poem, Hasty Pudding, written near the end of the eighteenth century by Joel Barlow. He waxed on about how his farmer father's "fields were shaded o'er with maize." The father had sired "ten sturdy freemen," including Barlow himself, all of whose "bones were made of Indian corn." In Barlow's celebratory poem, New England's version of hasty pudding, made with Indian corn (in Britain, a dish of the same name was made with oats), was "to every Yankee dear." Likewise, "rich Johnny-cake," which was a flatbread similar to both Scottish oatcake and Native cornmeal breads, the poet's "mouth has often tried." In Barlow's hands, Edward Johnson's unappetizing Native diet of "parch't Indian corn incht out with Chestnuts and bitter Acorns" is alchemized into both an irresistible Yankee banquet and virtually the basis of the Yankee way of life--with no acknowledgment of the Indigenous origins of the food or cooking method.

But back to Ryaninjun. In cultural and culinary terms, this dense bread was a harder sell. We mentioned in the last post that the one successful wheat-producing region of New England was the Connecticut River Valley. In 1796, Timothy Dwight, who grew up in the Valley town of Northampton, Massachusetts, went on a journey across central Massachusetts to Boston. He had been installed just the year before as president of Yale College (earlier, he had been Joel Barlow's Yale tutor). Coming from a wheat-growing region, he was unaccustomed to the rye-and-Indian bread that he soon discovered most New Englanders ate, finding it "dark, glutinous, and heavy." When he was served it at an inn where he stopped, he "looked at it in curiosity and wonder, asked what kind of food it was, and was not a little surprised when he was told that it was bread."

The bread of New England was far from light and airy, and the loaves were not always well-baked. When Josiah Quincy, who later in life was to become a member of Congress and the president of Harvard College, was a student at Phillips Academy in Andover, Massachusetts, in the 1780s, he dreaded seeing Ryaninjun on the table. As he put it, "As to bread, there being little or no intercourse with the South [meaning no access to wheat imported from the mid-Atlantic colonies or farther south], rye and Indian bread was our only supply, and that not always thoroughly baked. The minister alone was indulged in white bread, as brown gave him the heart-burn, and he could not preach upon it." Such at least was the reverend gentleman's rationale for reserving all of the scarce supply of wheat for his own exclusive benefit.

Perhaps inevitably, as this rye meal and cornmeal bread was the bread most New Englanders ate until the opening of the Erie Canal in 1825 made Midwestern wheat cheap and plentiful, there were rhetorical efforts made on behalf of Ryaninjun. In The Jonny-Cake Papers of "Shepherd Tom," that booster of all things southern Rhode Island and early nineteenth century, the journalist and memoirist Thomas Robinson Hazard, claimed that when the door to his grandfather's brick oven was open after a night of baking Ryaninjun, "it was customary to raise one or two windows in the kitchen, the fragrance from the bread being so enrapturing as sometimes to affect persons whose nerves were not very strong."

But it was the novelist Harriet Beecher Stowe, most famous of course for Uncle Tom's Cabin, who worked hardest to give Ryaninjun not just its culinary but also its cultural due. In Oldtown Folks, set in late colonial/early national New England, Stowe notes the bread's density: "Our bread, to be sure, was the black compound of rye and Indian which the economy of Massachusetts then made the common form, because it was the result of what could most easily be raised on her hard and stony soil." But she goes on to make Ryaninjun even more fully emblematic of the sturdy freemen of New England than Joel Barlow's hasty pudding and Johnny cake: "I can inform all whom it may concern that rye and Indian bread smoking hot, on a cold winter morning, together with savory sausages, pork and beans, formed a breakfast fit for a king, if the king had earned it by getting up in a cold room, washing in ice-water, tumbling through snow-drifts, and foddering cattle."

We see in these various passages the cultural work of turning a regional necessity into a virtue and a legend. In our next post, we'll tell you about a major change that Ryaninjun underwent in the second half of the nineteenth century.